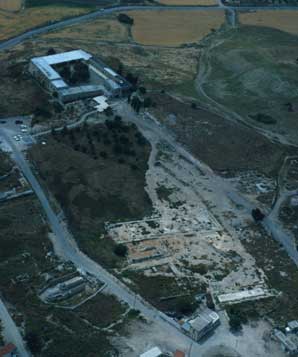 Fig. 1 Sanctuary of Aphrodite and the Royal Manor House from the air

Fame and influence of Palaipaphos rested to a considerable degree on Aphrodite's age-old sanctuary (Fig. 1). The systematic excavation of the much delapidated remains of this sanctuary (1973 – 1979, 1992 – 1997, 2007 - 2008) enabled us to reconstruct the main outlines of its history (Fig. 2). The continuity of cult in the sanctuary has been definitely established for more than 1500 years, from the Late Bronze Age (c.1200 BC) to the end of the 4th century AD. Furthermore, there are good reasons to believe that the worship of a fertility goddess on the site reaches back into the chalcolithic period: the Paphian sanctuary thus represents the longest cult tradition known so far in Cyprus. Peculiar to Paphos was the aniconic worship of Aphrodite: she was represented by a conical stone as symbol of fertility, depicted on many Roman coins (Fig. 4).

The first monumental shrine on the site was erected c. 1200 BC (Fig. 5 - Fig. 6). The plan and elevation of these earliest buildings cannot be reconstructed in all details. But it is certain that they consisted of a large open cult area with a smaller, covered holy-of-holies. The Paphian shrine thus basically represented the Near Eastern type of court sanctuary which occurs on other contemporary sites on the island. A thorough rebuilding of the sanctuary in the Roman Period (c. 100 AD) (Fig. 3) adhered to this type of court sanctuary.

Important information about the life of the sanctuary is derived from the votive monuments deposited there over centuries. Relics of large marble and bronze statues are scarce, although many of their inscribed bases survive. But several thousand fragments of Archaic, Classical, Hellenistic and Roman terracottas (Fig. 7 - Fig. 9) not only demonstrate a strong Greek influence on the original fertility cult, but also Phoenician traces reflecting the impact of Astarte on the worship of Aphrodite.