Excavations at Palaipaphos (modern Kouklia) were conducted from the beginning with the principal aim to reconstruct the topography, settlement structure and urbanistic development of the ancient city. Until the end of the 4th century BC Palaipaphos was the capital of the Greek kingdom of Paphos, and the only large urban settlement in southwestern Cyprus. The Paphian Sanctuary of Aphrodite remained one of the great religious centres of antiquity. Pilgrims from all over the Greek and Roman world came to visit the famous shrine, until the spread of Christianity in the 4th century AD put an end to the worship of pagan gods. In the Middle Ages, a considerable settlement with a royal Manor house developed over the ruins of the Roman city. 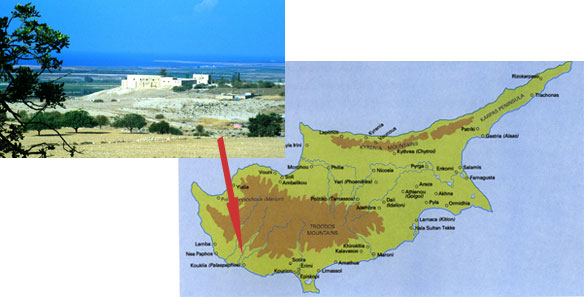 Excavations have become highly complex, transdisciplinary research projects, aiming at recovering history from the earth: social, economic and political structures, not primarily monuments or works of art. Aims determine methods: reconstruction of history from the earth requires an interdisciplinary strategy which combines archaeological methods and historical analysis of written documents. The detailed excavation of carefully selected sites, which promise information for certain phases of a city’s history or for specific problems, remains indispensable. But many of our results are due to the combination of survey work and area excavation. The interdependence of those two methods is obvious: only survey results whose analysis is based on information obtained by relevant area excavations are reliable. Another important research tool is represented by the data base program PAPHOS, developed for the specific requirements of this project by M.-L. von Wartburg in close cooperation with the Institut für Informatik of the University of Zürich.

Until 1950, information about the history of Palaipaphos, derived mainly from the written sources, was extremely fragmentary. More than 35 seasons of field work considerably enlarged our knowledge of the main phases and turning points of this history. The continuity of occupation from the Chalcolithic period of the early 3rd millenium BC into the Early Byzantine era is well established. A considerable medieval settlement, to become the centre of intense cane sugar cultivation, is attested at least since the 13th century AD. Seen as a whole, the history of the settlement spans a time of nearly 5000 years, from c. 2800 BC to the present day. In the Sanctuary of Aphrodite a continuity of cult is established for at least 1600 years, from the Late Bronze Age (c.1200 BC) to the Late Roman period (end of the 4th century AD).

The excavations were directed by: